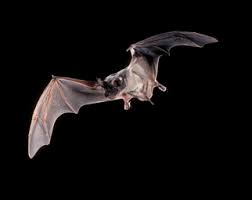 The bats that live in Oregon are typically petite, growing no more than 19 cm long and weighing in at 60 grams. Black or tan hair covers their bodies and their wings span is just around 30cm.

Bats are only active at night time because that is when their food is most active. Bats eat insects, and are typically found hunting their food near swimming pools and other standing water, or outside lighting.

Most bats live in colonies and each female will give birth to one litter per year that consists for a few babies. Sometimes bats will live alone or with only a few other bats.

Typically, a bat infestation is identified by either the homeowner seeing the bats themselves flying from their hiding spot during the early evening hours to hunt for food. Or, from their droppings, which are full of insect pieces making it distinct from mouse or cockroach droppings.

While it’s true that bats can carry rabies, this is not very common and for the most part bats are not a threat to humans. In fact, bats prefer to keep their distance from humans and can be helpful in that they eat the insects that can cause problems for our gardens, plants, and landscaping.

If you think you might have bats living in your home, don’t hesitate to contact the experts at A-One Pest Control. Our team of highly-trained exterminators have the skilled to recognize which spaces and holes might be openings big enough for bats to get through, whereas you might dismiss those holes as too small.

For a bat treatment plan to be successful, it must consist for two visits for thorough inspection:

Any infestation in your home should be investigated by a professional. Bats are no different, their nesting habits can be damaging to the structure of your home, and their droppings cause fungus to grow, which is harmful if inhaled. Don’t hesitate to contact the professional team of highly-skilled pest control technicians at A-One Pest Control if you think you may have an infestation of bats. Our exterminators can gather the information necessary to provide you with a thorough treatment plan and then provide you with options for preventing future infestations.

Send Us a text message